“I’m building a wall around my uterus”: Abortion Politics and the Politics of Othering in Trump’s America

After Donald Trump’s inauguration, I sent an email to friends soliciting photographs to accompany a then-forthcoming article on abortion rights in the United States (Andaya and Mishtal 2017). Of the many compelling images, one caught my eye. A woman stands on a subway platform on her way to a protest march, holding a sign proclaiming: “I’m building a wall around my uterus and making the GOP pay me back.” It’s funny—a witty critique of the administration’s position on reproductive rights and migration policy, as well as of its deeply transactional approach to domestic and international diplomacy.

The image provokes a consideration of walls and reproductive politics in Trump’s America. What do walls mean? Who or what is ostensibly protected by a wall, and whose walls can be breached? What does the symbolic power of walls suggest to us about the reproduction of rights and citizenship in the contemporary era? Using walls and uteruses as points of departure, I offer some initial reflections on the increasingly punitive nature of reproductive politics in the United States and its relation to emergent state and national preoccupations. 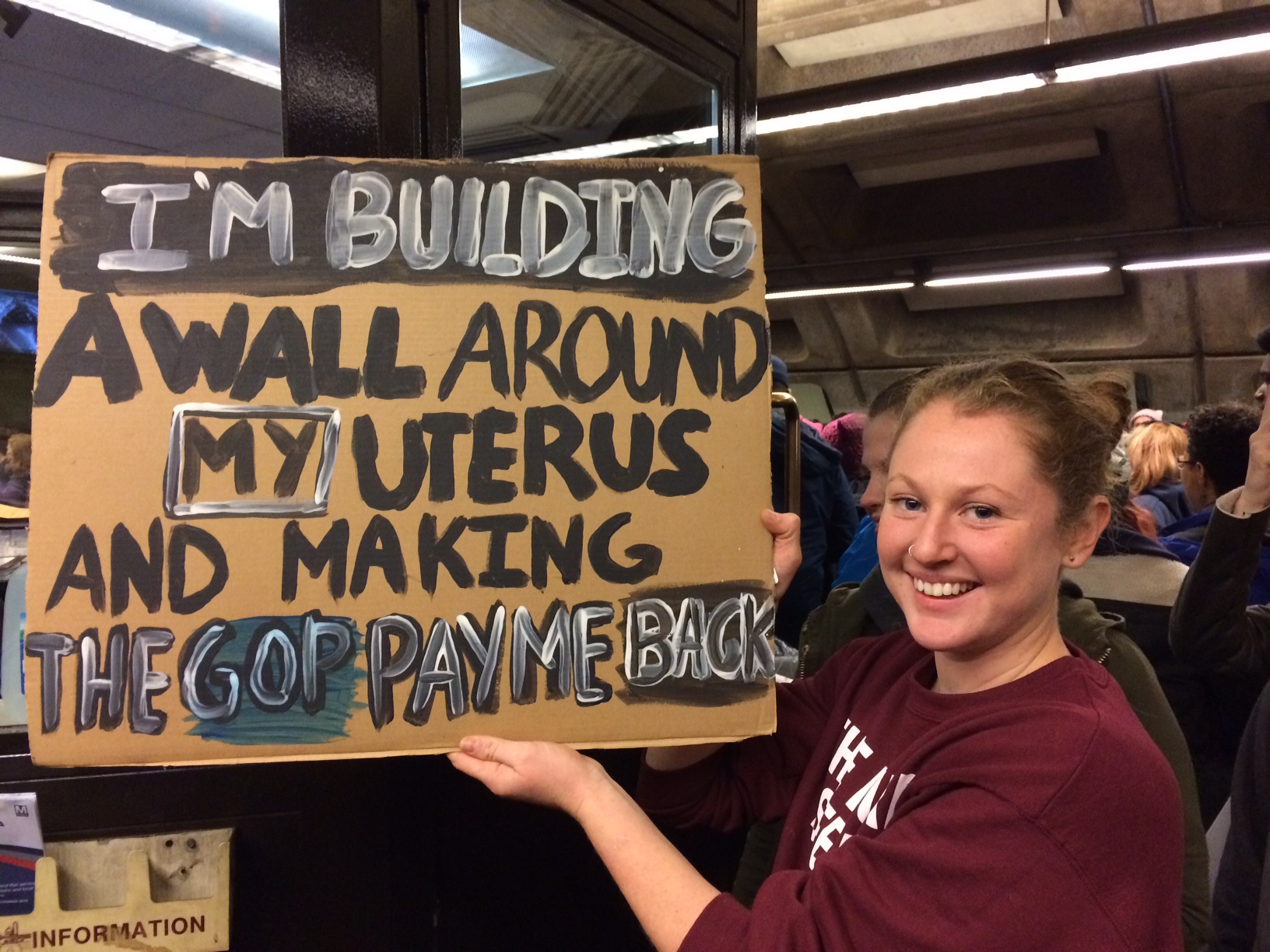 Figure 1. A billboard held by a protester on the way to a march. Photo courtesy of Nadine Fernandez.

The state of abortion and reproductive rights in the United States is grim. Since 2010, more than half of all U.S. states have: passed Targeted Regulation of Abortion Providers (TRAP) laws; mandated preabortion wait times, fetal ultrasound viewings, or reading of scripts about fetal development; and/or reduced gestational ages for legal abortion. Conscientious objection among health-care providers is on the rise; hospitals affiliated with Catholic organizations have refused emergency contraception to rape victims or therapeutic abortions to women with life-threatening conditions. The Trump administration has slashed funding to international women’s health organizations, threatened Planned Parenthood, and cut the Title X programs that provide family-planning services to low-income women not covered by Medicaid. Further, the appointment to the Supreme Court of the openly antiabortion justice Brett Kavanaugh underscores the political influence and emboldenment of antiabortion activists who perceive a historic opportunity to challenge abortion rights at the federal level.

In the polarization of contemporary U.S. politics, antiabortion activism has become one of the pillars of a socially conservative platform. Yet the political alliance between Trump—who declared his prolife commitments only after he declared his Republican candidacy—and antiabortion advocates was not a foregone conclusion. Trump is a far cry from the masculine ideal enshrined in conservative ideology: the disciplined, measured patriarch whose clear moral vision and firm hand on the reins keeps his family’s fiscal and moral house in order. Rather, Trump is a libertine who shows no respect for many of the principles that conservatives supposedly value. 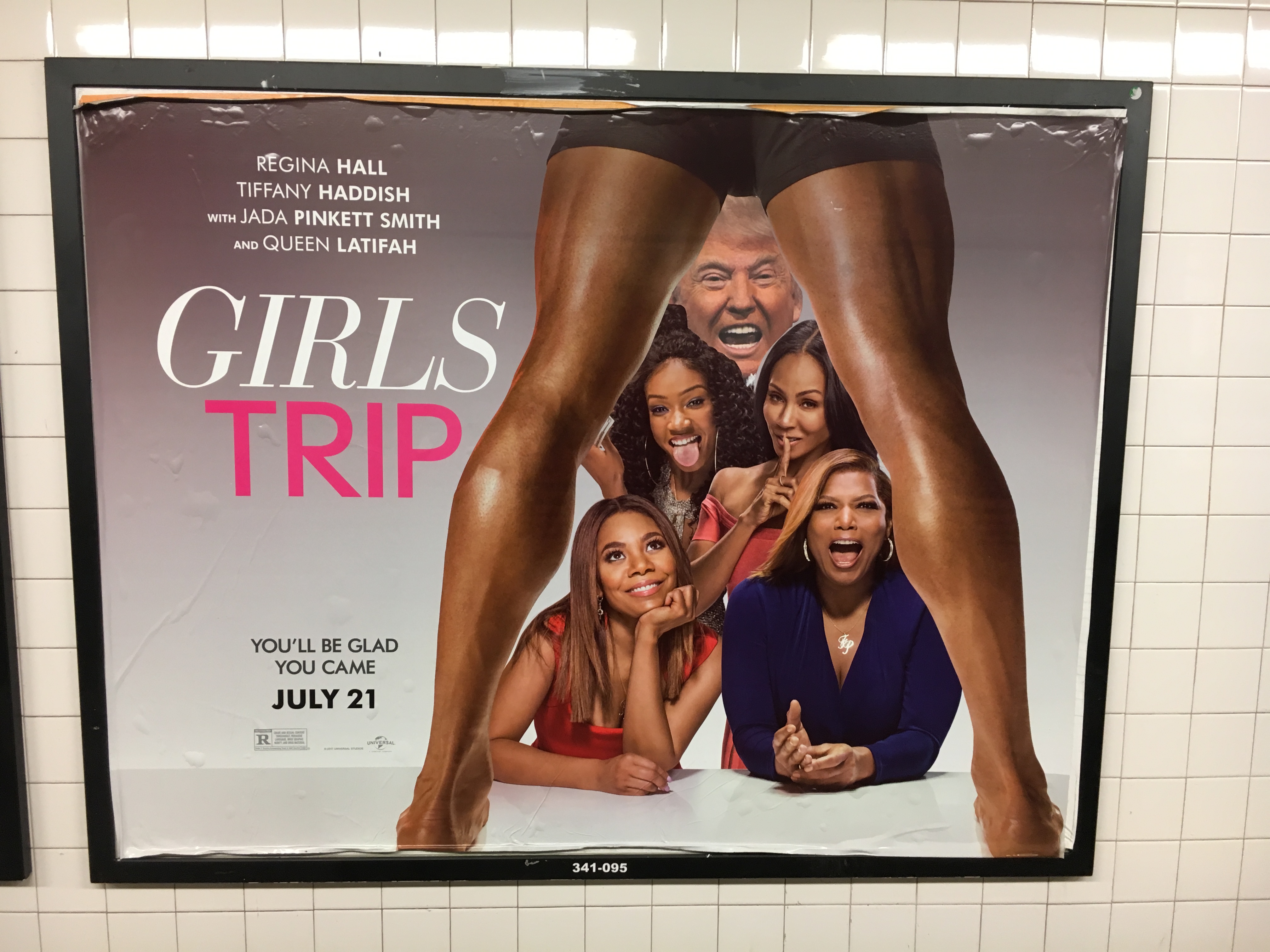 For many religiously conservative voters, Trump’s prolife stance was and continues to be the keystone of their willingness to put aside their moral quibbles about the president’s licentiousness and their disquiet about other aspects of his nativist agenda (Zauzmer 2018). The importance of abortion activism in the forging of political relationships provides a clear example of reproductive governance, a term coined by Lynn Morgan and Elizabeth Roberts (2012) to describe the centrality of reproduction to diverse political agendas. As at least one conservative pundit has noted, Trump’s soft-pedaling on issues such as same-sex marriage means that he cannot pull back from a hard-line stance on abortion and expect to maintain his support from religious conservatives (Fieler 2017). In the context of Republican setbacks, reproductive politics have become a crucial battleground where the Trump administration can reassure its constituency of his conservative credentials.

What, then, is the utility of thinking with walls and uteruses in Trump’s America? Walls serve as a symbol for nationalisms of all sorts (Borneman 1992; De León 2015). Trump campaigned on walls, with the backward-looking “make America great again” and the nationalist “build the wall” becoming rallying cries for an identity politics that marshaled white resentment and anxiety and directed it against racial and national Others. Walls demarcate boundaries, insisting on the rigidity and permanence of categories. Walls suggest division and danger; whatever lies beyond a wall is different and to be feared. Walls claim possession: this is my space that Others may not enter. In the logic of walls, belonging becomes spatialized and militarized, while politics is reduced to performances of domination aimed at demonstrating whose walls can be breached and whose are supposedly invulnerable. The gendering of this “wall to power” should not be lost on anyone, particularly in a context in which some voting segments fear the establishment’s emasculation. 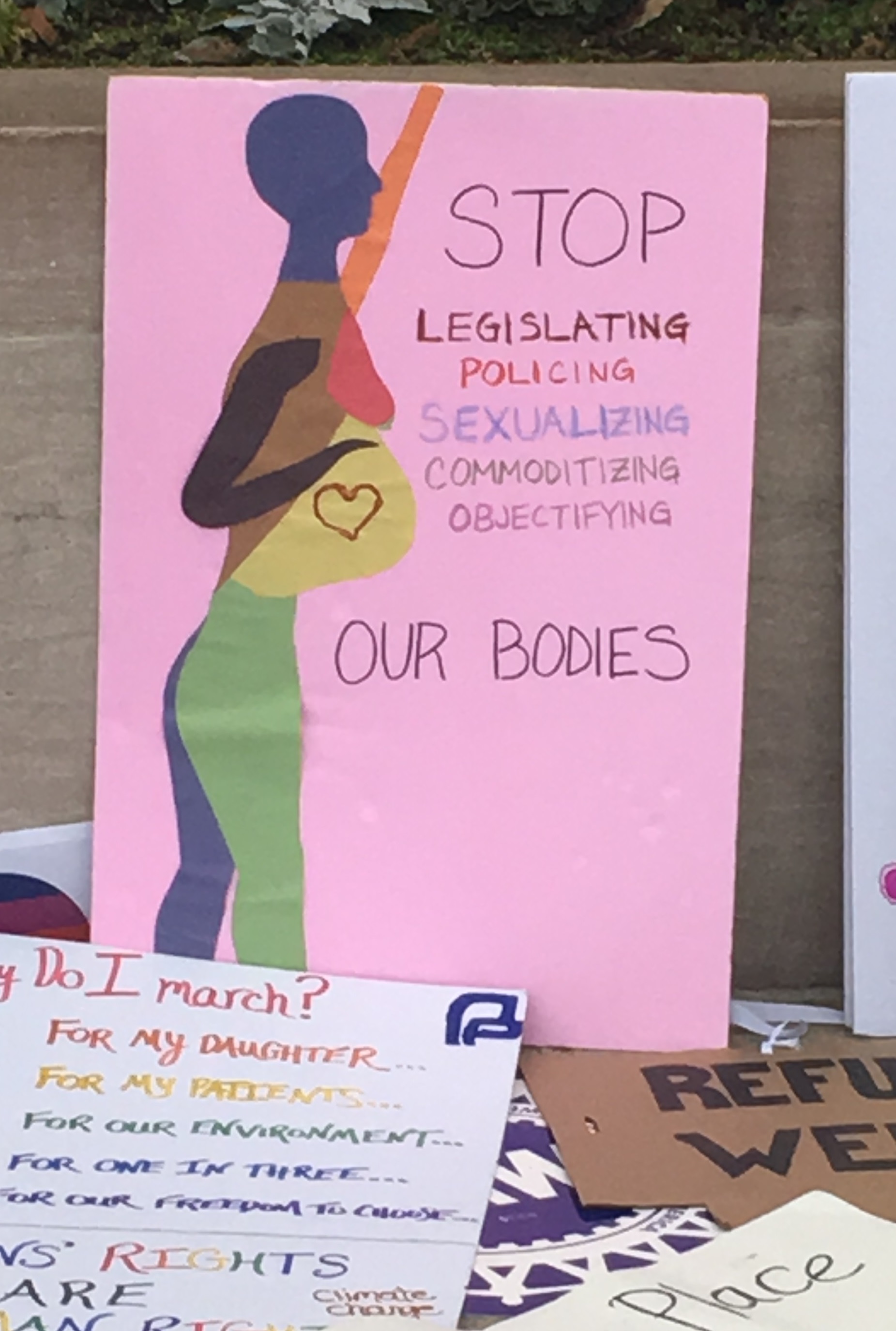 Walls, as overdetermined symbols of division, danger, and possession, shore up the relationships among elements of a contemporary populist movement that perceives itself as under siege: white nationalism; the militarization of domestic and international boundaries; anti-immigrant and antiminority sentiment; as well as gender and sexual essentialisms of all kinds. Yet how to connect this to an increasingly regressive reproductive politics? As we struggle against an ever-narrowing definition of nationalism and citizenship, the work of 1990s postcolonial feminists can prove illuminating. Analyzing the criminalization of homosexuality by Trinidad’s postcolonial government, M. Jacqui Alexander (1994) argued that when the state’s authority is under threat and the ideological foundations of nationalism have been dislodged, the criminalization of sexuality serves as a central technology of control and a crucial site for the production and reproduction of state power.

Alexander’s words resonate in contemporary U.S. politics, where a deeply felt sense of the state’s illegitimacy and the loss of foundational principles that have represented the nation as home have driven both the wave of nativist populism that Trump rode to power and subsequent resistance to it. If Americans can agree on one thing, it is that this state is in crisis, with the very definition of the nation at stake. Following Alexander’s argument, it hardly seems surprising that sexual and reproductive politics have become central to highly contested visions of the nation. The exercise of state power over bodies through conservative migration and reproductive policy—walls and uteruses—was underscored in the 2017 case of Jane Doe, a seventeen-year-old undocumented Central American immigrant whose request for an abortion the federal government initially blocked. Using its position as guardian of an unaccompanied minor, the administration declared that an abortion was against her best interest, stating that its goal was to “promote childbirth and protect fetal life” (NPR 2017).

This is an extraordinary declaration of the state’s right to intervene in reproductive decision-making. Despite the failure of the administration’s bid to force Jane Doe to give birth, the case highlights her multiple vulnerabilities as the Trump administration seeks to exert its power over bodies marked as Other through both border and reproductive control. Underscoring this emergent alliance between antireproductive rights and nativist movements, in 2016, Texan legislators allocated $800 million to border security while slashing the state’s family planning budget, which serves 60 percent of Texas’s low-income women, from $112 million to just $40 million (Wright 2017). Some eighty-two family-planning clinics shut down, leading to a disproportionate rise in births covered by Medicaid, since low-income women—largely migrants and minorities—no longer had access to either birth control or abortion.

Control over reproduction is thus becoming increasingly central to nativist politics. In August 2018, the Washington Post reported the government’s denial of the citizenship claims of some Latino residents born along the Texas–Mexico border, arguing that midwives had falsified birth certificates of babies born between the 1950s and the 1990s (Sieff 2018). As this essay went into production, Trump further stoked nativist factions a week before the closely watched November 2018 midterm elections by proclaiming, in violation of the Constitution, his intention to use an executive order to end birthright citizenship to children born to noncitizens or undocumented residents.

As regressive reproductive politics intersect with nativist and antipoor agendas, it is clear who will suffer most: history shows that those with resources will always manage to exercise greater control over their reproductive lives than those with fewer means. This “stratified reproduction,” to use Shellee Colen’s (1995) generative term, is not new: scholars have long pointed out both the racialization and the contradictory agendas when supposedly prolife legislators restrict access to abortion and strip funding from programs that support low-income women and their communities. The consolidation of the Trump state—despite significant internal dissent—through a coalition of antiabortion rights advocates, nativist and white nationalist movements, and a conservative economic elite (among others) has only accelerated this ungenerous strain of American politics. The narrow vision of national belonging that results from this assemblage of interests can be found in the disinvestment from individuals and communities marked as Other, and in the undercutting of their ability to reproduce households, communities, and political citizenship.

Reproductive and sexual politics, as Alexander points out, prove central to efforts at legitimizing the state and redrawing (racialized) boundaries around the nation. Shored up by racist, sexist, and xenophobic politics, sex—both consensual and coercive—and reproduction become key sites for the consolidation of elite privilege, as well as for the exercise of state power over gendered, racial, ethnic, national, and religious Others. Reproductive politics thus connect us to one of the most urgent questions in today’s biopolitical order: On whose bodies will this new nationalism be built? Who is walled out, or walled in?

I end by offering select interpretations of the opening image. An obvious reading is the protester’s redeployment of the idea of the wall—here, the uterine wall—as a symbol of individual ownership and privacy. This discourse has a long history in abortion-rights activism, codified in Roe v. Wade’s justification of abortion on the grounds of privacy. Another reading suggests the invocation of walls as insularity or protection. If nationalist movements can enlist women’s reproductive capacities as a symbol of political power, this refuses any enrollment into such patriarchal politics (see Kligman 1998).

But for me, the power of the critique enacted in this photograph lies in the fact that it draws together two apparently incongruous discourses and images—walls and uteruses—to suggest the tensions and contradictions of Trump-era policy. While strategic alliances form the root of Trump’s populist coalition, they also constitute its weakness. In the context of an ever-narrowing definition of nationalism and belonging, the fragility of these politically instrumental relationships makes them potential new sites of resistance. The stakes could not be higher: as Faye Ginsburg and Rayna Rapp (1995) argued more than twenty years ago, reproduction is a critical site for the production not only of children but also of cultural futures. My final words, then, are Alexander’s (1994, 22), who asks: “How do we, in our alternative movements, construct a collectively imagined future that takes account of the dismemberments, migrations, exiles and displacements that have become part of processes of domination? How do we construct a home when home is not immediately understood or intuitively accessible?” As we struggle to defend a broad and inclusive definition of home, belonging, and the nation, our attention to the politics of reproduction, as always, will prove central.

Andaya, Elise, and Joanna Mishtal 2017 “The Erosion of Rights to Abortion Care in the United States: A Call for a Renewed Anthropological Engagement with the Politics of Abortion.” Medical Anthropology Quarterly 31, no. 1: 40–59. https://doi.org/10.1111/maq.12298.

Colen, Shellee 1995 “‘Like a Mother to Them’: Stratified Reproduction and West Indian Childcare Workers and Employers in New York.” In Conceiving the New World Order: The Global Politics of Reproduction, edited by Faye Ginsburg and Rayna Rapp, 78–102. Berkeley: University of California Press.

De León, Jason 2015 The Land of Open Graves: Living and Dying on the Migrant Trail. Oakland: University of California Press.

Sieff, Kevin 2018 “U.S. Is Denying Passports to Americans along the Border, Throwing Their Citizenship into Question.” Washington Post, August 29. https://www.washingtonpost.com/world/the_americas/us-is-denying-passports-to-americans-along-the-border-throwing-their-citizenship-into-question/2018/08/29/1d630e84-a0da-11e8-a3dd-2a1991f075d5_story.html.

Zauzmer, Julie 2018 “As Trump Picks Kavanaugh for the Supreme Court, Evangelicals Rejoice: ‘I will vote for him again.’” Washington Post, July 9. https://www.washingtonpost.com/news/acts-of-faith/wp/2018/07/09/as-trump-picks-a-supreme-court-justice-evangelicals-rejoice-i-will-vote-for-him-again/.