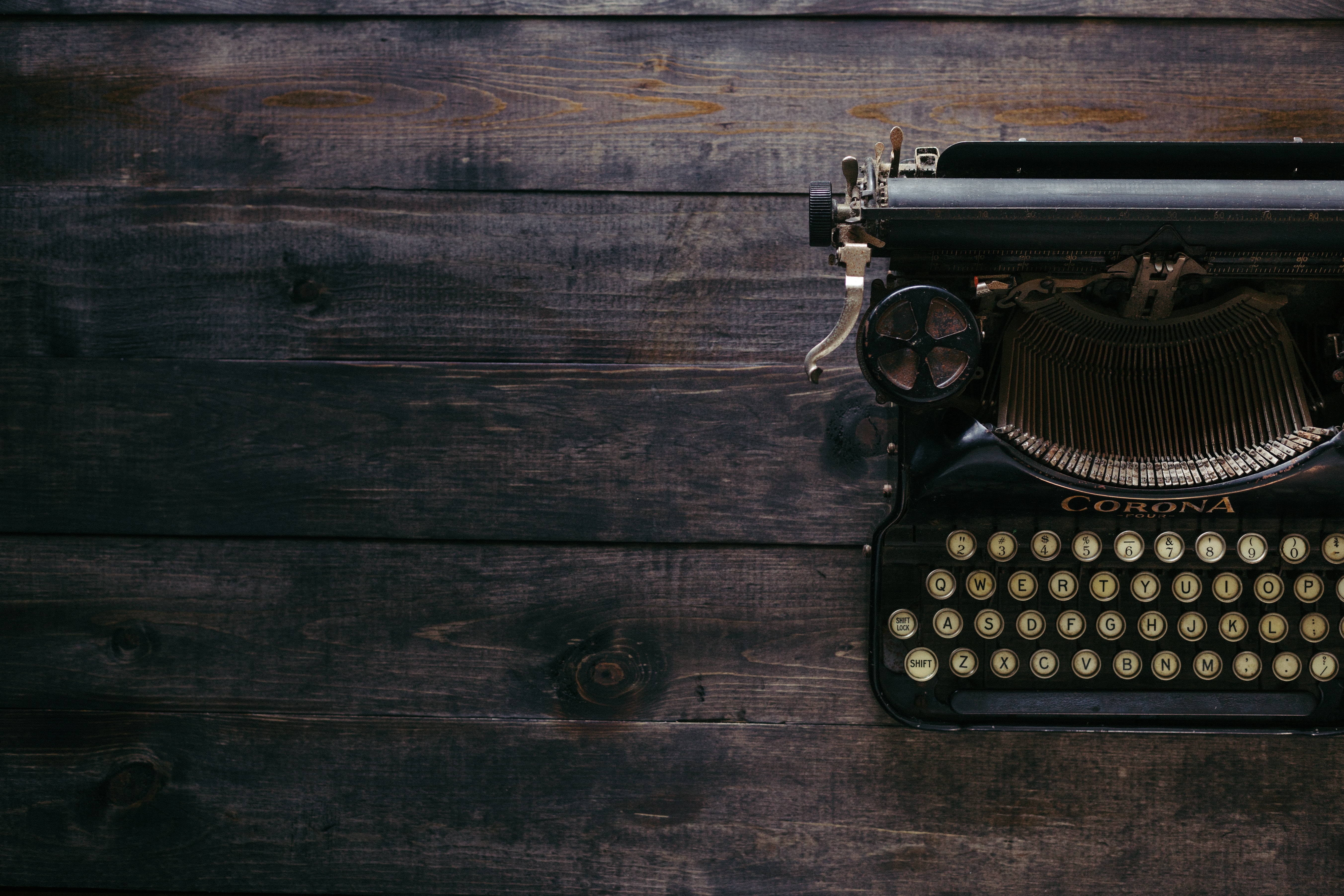 What is the work that stories do? Our Curated Collection on literature, writing, and anthropology seeks to address this question by creating a space in which fiction and anthropology converge, collide, and collapse into one another. This collection, a collaboration between Cultural Anthropology and the literary journal American Short Fiction, features articles, interviews, short stories, and a lecture. In assembling these texts, we have been surprised by the affiliations that form across the fiction, ethnography, and criticism. Although the structure of our website requires us to separate the fiction from the anthropology, there is no way to easily demarcate where fiction ends and anthropology begins.

Conventionally, we have relied on truth as the fundamental distinguishing factor between fiction and other genres. Fiction was thought to be invented, while the social sciences, journalism, and memoir presented accounts of ostensibly real people, places, and events. Looking at the intersection of literature, writing, and anthropology today, clearly this simple binary is eroding. Though anthropologists have an ethical obligation to present an accurate account of the communities in which they work, truth can be slippery. Is an ethnography true if there is no account of the author’s presence within it? Are anthropologists simply forcing other people and their own lived experiences into preexisting trope-molds, rendering them (if not quite untrue) rather useless? Aren’t things like love, grief, shame, embarrassment, and joy true? Does the truth even matter if it is useless to the communities that are studied and represented?

All of the work here, fictional and otherwise, is concerned with clarifying, exploding, magnifying, or subverting different kinds of truths. Anthropology has turned to literary conventions in order to further clarify the position of the author and to encourage multivocal authorship, surface vulnerability, reveal silences in standard discourses, and expose the seams in both anthropological and ethnographic practice. Likewise, fiction writers increasingly borrow from nonfiction writing genres, including the sciences and the social sciences, which results in a destabilization and reworking of the truths conveyed in those genres. Lucy Corin’s short story “Madmen,” included in this collection, employs a bit of Arnold van Gennep, Victor Turner, and Michel Foucault to create a satirical, yet sincere account of adolescence in which girls and boys are paired with so-called madmen in a fictional rite of passage. As this collection makes clear, fiction and truth begin to bleed into one another as authors explore ways to expand truth and to tell better stories.

A brief historical account of the relationship between literature and anthropology can demonstrate the ways in which these questions started to gain traction. This history is much longer than is usually acknowledged, ibecause ethnography is most often a written description of lifeways (Langness and Frank 1978). Though numerous works of ethnographic fiction were written by anthropologists in the 1920s and 30s, the discipline (as a budding science) eventually began to discourage novelistic writing; two major works by students of Franz Boas, Margaret Mead’s Coming of Age in Samoa and Ruth Benedict’s Patterns of Culture, were criticized on these grounds. Another of Boaz’s students, Zora Neale Hurston, is considered a forerunner of literary anthropology and became a celebrated novelist after the writer Alice Walker publicized her work; she is particularly known for the classic Their Eyes Were Watching God. Since that early period, anthropology has undergone several literary turns, punctuated by Clifford Geertz’s (1973) exhortation to produce “thick description.” Geertz’s work was followed by literary modes that were influenced by postmodern critiques, including reflexivity, experimental forms, and acknowledgements of positioning and authorship that often resulted in scholarship that overlapped with memoir (see Behar 2007).

Writing Culture (Clifford and Marcus 1986) reviewed anthropology’s relationships with writing, especially in the production of ethnographic truths. This landmark publication was followed, a decade later, by the feminist response Women Writing Culture (Behar and Gordon 1996). The literary turn presaged by these and other works encouraged anthropologists to take stock of how identity and power were implicated in ethnographic composition. By amplifying the crisis of cultural representation that was brought to the fore by postcolonial literary theory and the politics of racial and sexual difference, these anthropologists sought to redefine both the poetics and the politics of ethnography. Most recently, two sessions at the 2011 annual meeting of the American Anthropological Association in Montreal stressed the value of literary modes for accomplishing what conventional ethnography cannot: injecting a personal, multivocal, creative, and emotional element into anthropological writing.

The anthropologists featured in this Curated Collection range from those who were integral to the Writing Culture moment of the 1980s and 1990s to young scholars who are taking literary anthropology in new directions today. Vincent Crapanzano’s 1991 article, “The Postmodern Crisis: Discourse, Memory, Parody,” discusses the erosion in postmodern discourses of the stabilizing third: the invisible authority or discourse to which interlocutors appeal. Nevertheless, memory of previous discursive forms remains, resulting in intercultural exchanges that are structured like parody. Ruth Behar’s “Death and Memory: From Santa María del Monte to Miami Beach” combines an ethnography of death in rural Spain with an autoethnography of the death of the author’s grandparents. This combination creates a self-reflexive style of both writing and practicing ethnography that Behar would later elaborate in The Vulnerable Observer: Anthropology that Breaks Your Heart. Stuart McLean and S. Lochlann Jain draw our attention to the importance of different epistemic and ontic approaches that find their creative center in locations like critical ecology and queer theory. McLean’s “Stories and Cosmogonies: Imagining Creativity Beyond ‘Nature’ and ‘Culture’,” argues that we can bridge gaps between selves and others—nature and culture—by taking seriously the constitutive powers of time and the natural world. Jain’s 2007 article “Cancer Butch” employs a mix of writing styles to comment on the pinkwashing of breast-cancer campaigns and the strict narratives of femininity that they impose on women with breast cancer. Finally, Elizabeth Enslin, who is a writer of creative nonfiction and poetry, embodies the way that anthropological knowledge can be put to work outside the academy. Despite her embrace of creative writing in her own life, her 1994 article “Beyond Writing: Feminist Practice and the Limitations of Ethnography” serves as a warning that good writing is not enough to bridge the gulf of unequal privilege that commonly separates anthropologists from the communities in which they work.

This Curated Collection also features short stories and interviews by five fiction authors. Four of these stories were originally featured in our partnering literary journal American Short Fiction. These stories demonstrate the similarities between the worlds of literary anthropology and fiction: both genres are able to reveal the desire, emotion, and vulnerability of their authors and subjects. Our selections also highlight the ways that the unique tools of fiction (such as absurdity, exaggeration, patterned structure, the manipulation of time, and the examination of impossible possibilities) can help us see ourselves more clearly. Some of the stories collected here include canny plays on anthropological concepts: as mentioned above, Lucy Corin’s story “Madmen” describes a fictional coming-of-age ritual in which adolescents are paired with so-called madmen, a conceit that echoes both classical anthropology and Foucauldian tropes of madness and civilization. Michael Martone’s “Four Calling Birds” is a playfully melancholy tale of a love affair that is both a commentary on adultery and a demonstration that narrative structure can contain its own undoing. Katilyn Greenidge’s short piece “The Innocent” lays bare an itinerary of desire by tracing it back to the discourse that incites and disciplines it. L. Annette Binder’s “Sea of Tranquility” employs a gentle surrealism to comment on fatherhood and the shifting of identity in everyday life. Finally, Nathan J. Fink’s story “The Big Light,” originally published in the University of New Hampshire Magazine, is an example of the visual power of writing as well as the ways that fiction can manipulate time, making its audience witness trauma in slow motion.

Don’t miss our brief interviews with Corin, Greenidge, Binder, and Fink about their work and the thematics of this collection.

In February 2012, Paul Stoller delivered a lecture entitled “Writing for the Future” as part of the the Sensorium Seminar Series in the Department of Anthropology at the University of Texas at Austin. We are pleased to make an audio recording of Stoller’s lecture available for download (mp3; 40+ MB) as part of this Curated Collection. Stoller is a recognized pioneer in the field of literary ethnography, and the lecture offers a window into his ethical commitment to write ethnography that matters, as well as the structural obstacles that can limit the creation of such work.

The editors of this Curated Collection are grateful to Anne Allison, Charles Piot, and Alison Kenner (the editorial team at Cultural Anthropology), as well as Jill Meyers and Callie Collins (editors of American Short Fiction), for helping us to create and publish this collaborative project. We are grateful to all of our contributors for sharing their work as part of this collection. We also want to thank Craig Campbell, convener of the Sensorium Seminar Series, for his help in arranging the inclusion of the Paul Stoller lecture.

Enslin, Elizabeth. 1994. "Beyond Writing: Feminist Practice and the Limitations of Ethnography." Cultural Anthropology 9, no. 4: 537–568.