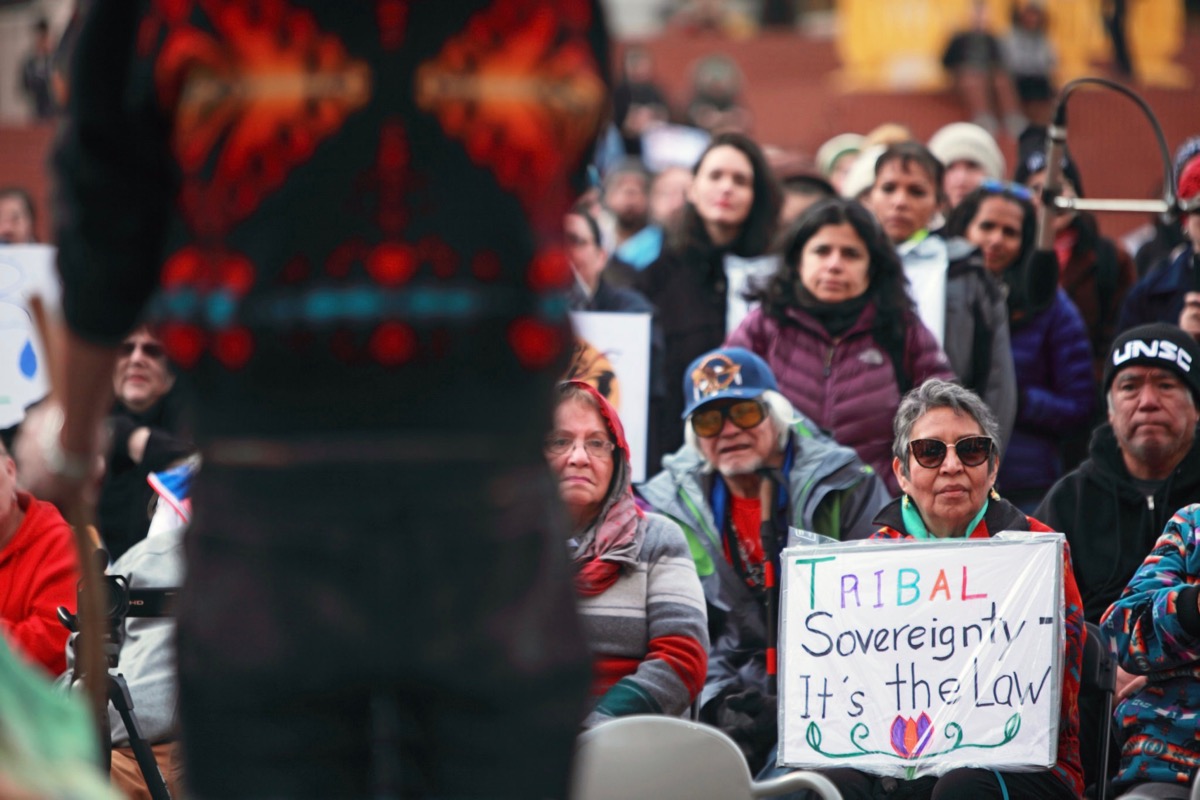 After the words “America” and “United States,” President Donald Trump mentioned sovereignty more than any other topic in his speech to the United Nations General Assembly in September 2017. Trump linked sovereignty to global prosperity, calling for what might alternately be called noninterference or American isolationism.

Recently, other countries have also invoked national sovereignty as a counterweight to globalist trends and the steamroller of neoliberal policies, perhaps most notably in the 2016 Brexit vote. The referendum’s outcome was not only a reaction to the United Kingdom’s relationship with the European Union; it also registered a mood of disenfranchisement that expressed itself in the desire to reclaiming a sense of sovereignty that had been lost.

This return to sovereignty is what simultaneously seems new and old about contemporary politics, from the public resurgence of white supremacist thought to renewed questions about what role government ought to play in the lives of citizens and where the authority behind sovereign power resides. This Curated Collection pairs articles from the backfiles of Cultural Anthropology with a recent Retrospectives collection on “Sovereignty,” edited by J. Kēhaulani Kauanui, in order to consider the analytical challenges that sovereignty poses to notions of territory, history, violence, and race. It also includes an interview with several of the authors, which sheds further light on how sovereignty functions as both a tool for exclusion and a rallying cry for marginalized groups in the United States and abroad.

Readings of sovereignty often begin with constitutive exclusions: the fiction of a nation-state with solid borders or the construction of a person who does not belong within them. Liisa Malkki’s now-classic article reveals what she calls a “sedentarist metaphysics” that structures the national/natural order of things, which links ethnic rootedness to a territorially bound nation-state. This order is at the heart of Max Weber’s shorthand for sovereignty: a successful claim to monopoly over violence in a given territory.

Yet refugee mobilities challenge such territorializing assumptions, as Malkki shows. So, too, do expatriates who move across international boundaries, as Peter Redfield shows in his analysis of Médecins Sans Frontières (MSF). Here, global flows of expats do not eliminate national ties, but rely on and even reinforce them. Both Malkki and Redfield’s articles anticipate the case that Yarimar Bonilla makes in her Retrospectives essay for expanded attention to sovereignty:

If the global turn (at its best) spurred an interest in historicizing and provincializing the idea of the nation-state by demonstrating the existence of other ways of imagining and organizing communities, economies and polities . . . then the sovereign turn has the potential of helping us historicize the idea of sovereign power as singular, absolute, rooted in a social contract, and territorially bound.

Sovereignty is not a neutral concept nor one that neatly reflects European history, Bonilla reminds us through readings of classic works by Michel-Rolph Trouillot and Édouard Glissant. Indeed, since sovereignty is a project rather than a de facto condition, sovereignty is as much about history as it is about territory.

Jessica Cattelino and Circe Sturm show how history is central to understanding contemporary Native American sovereignty. Calls for sovereignty are made, Sturm reminds us in her 2014 research article, as a “specific discursive response to living under the conditions of settler colonialism.” Jessica Cattelino’s article from 2010 illuminates the contradictions that history poses for understanding what is distinctive about Native American sovereignty in the United States.

Historical expectations of what it means to be a sovereign government prefigure possibilities for contemporary politics. Cattelino’s analysis highlights the contradictions that the Seminole Tribe of Florida faces in exercising sovereignty while conforming to structures of expectation set by white settlers. Drawing on Philip Deloria’s figure of the Indian in unexpected places, Cattelino invites us to rethink the ways that Indian gaming can challenge assumptions about need-based sovereignty that have for so long defined federal policy and settler expectations.

In the Retrospectives collection on “Sovereignty,” we are reminded that appeals to a common history or shared territory are not always the basis for claims tor sovereignty. Amahl Bishara shows that Palestinian discourses of popular sovereignty do not rest on “law or acknowledged rights . . . but rather on either insistent confrontation or quiet acts of caring for community in the face of abandonment.” Bishara’s essay pushes us to think sovereignty beyond sedentarist metaphysics, even as we consider the historical complexities that underlie sovereign claims.

Race and the Body

The articles in this Curated Collection are concerned with the shadowy edges of the sovereign, including tensions around race and the body. In her Retrospectives essay, Sturm points out that settler colonialism—to which discourses of tribal sovereignty are a response—is “a racialized project to its core.” In her 2014 article, Sturm complicates the intersection between sovereignty, race, and civil rights by looking at the struggle of black Cherokee Freedmen for Cherokee citizenship. When racially charged rhetoric forms part of a nation’s arguments for political sovereignty, what are the pathways to compromise and consensus? Cattelino, too, discusses how indigenous economic success was and is often considered by whites and Seminoles alike as “a mode and sign of whitening,” creating false choices between impoverished sovereignty and assimilated wealth.

These tensions come into focus in a recent episode of the AnthroBites podcast, in which Yarimar Bonilla discusses sovereignty not as an ontological reality but as a concept used to make particular claims. Sovereignty is a conversation about power, Bonilla explains, and about how history, identity, and physical difference are confronted or avoided as claims to sovereignty are made. Peter Redfield’s article touches on racial anxieties between white MSF expats and black “national” staff in Africa, noting that “the shadow of race loomed large” in questions around how MSF’s commitment to cross-border mobility might reproduce colonial dynamics.

Anya Bernstein’s 2012 article opens up the metaphysical and moral dimensions of rootedness, locating them in the body. In her study of Buryat cosmopolitics, the body is shown to be a key location through which Buryats have negotiated their relationship with the Russian state and the larger Eurasian world. The sovereign body is a nexus: a site of both the performance of and resistance to sovereign power. However, Bernstein points out that Western notions of the sovereign body run counter to Buddhist notions of the self as illusory and the body as mere vehicle for enlightenment.

The articles in this Curated Collection share the challenge of holding onto sovereignty as an analytic while also critiquing its history of violence. Kauanui’s introduction to the Retrospectives collection frames this as “the difficult task of deriving freedom from the concept of sovereignty.” Violence is the foundational mechanism by which state sovereignty is enacted, though not always the way it is contested. For Buddhist Buryats in Bernstein’s article, “liminal beings, who hover between life and death, being neither persons, nor cadavers” represent one escape route from the sovereign logics of the Russian state. In Amahl Bishara’s conception of sovereignty as “sleight of hand,” Israel legitimizes violent hegemony by entrenching physical control over Palestinian territory while sometimes denying that sovereignty is what is at stake.

For the authors of the articles in this Curated Collection and the Retrospectives collection that inspired it, the challenge remains to understand the double binds of sovereignty as marked by empire and (possibly) emancipation: a concept that operates in the shadow of violence, but that holds out the possibility of freedom.

Malkki, Liisa. 1992. “National Geographic: The Rooting of Peoples and the Territorialization of National Identity Among Scholars and Refugees.” Cultural Anthropology 7, no. 1: 24–44.

Photo by Ian Sane, licensed under CC BY NC SA.