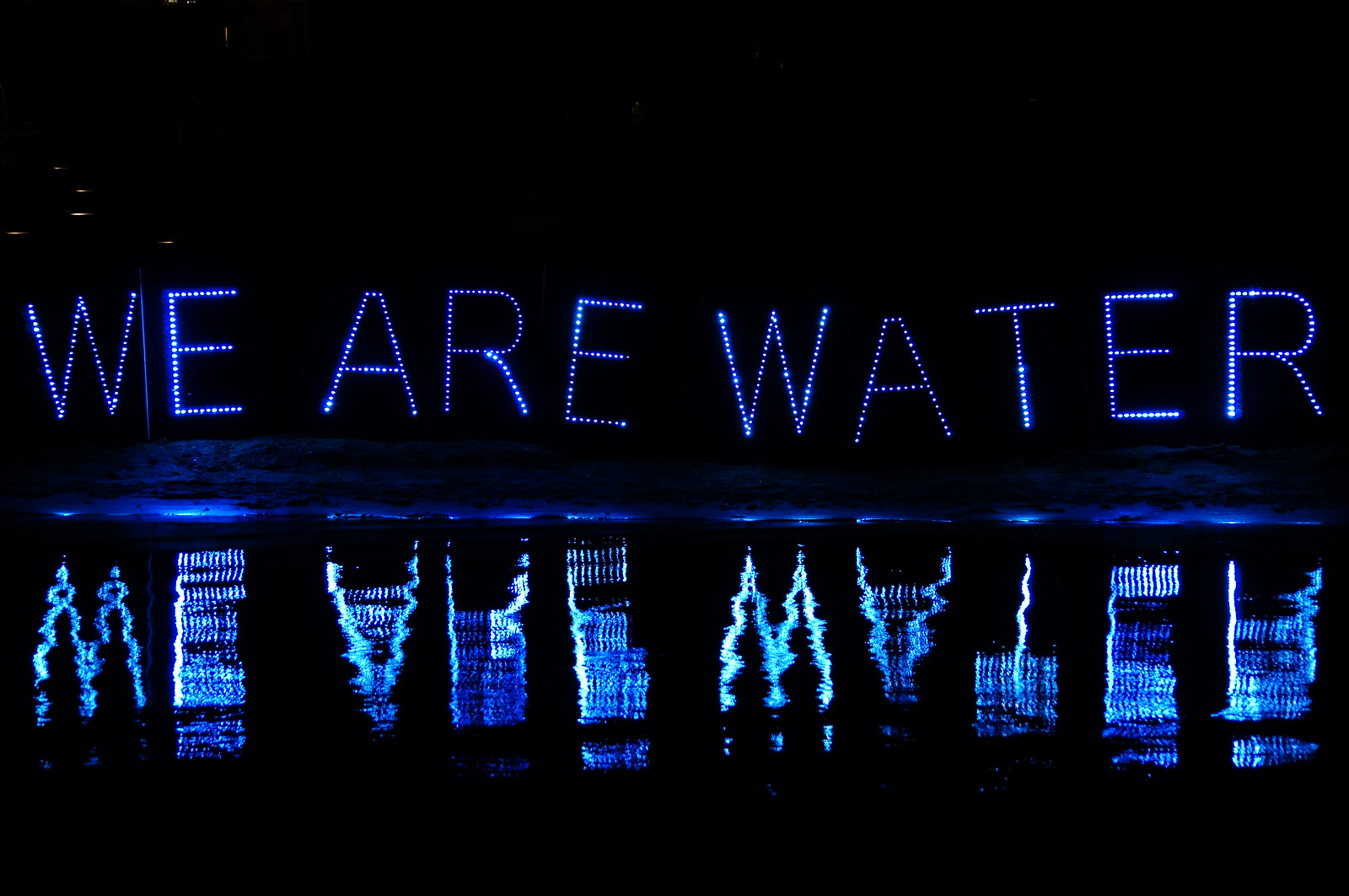 We encounter water no matter where we live and work. It trickles across forest floors and consolidates in rivers. It collects behind dams, runs under cities, and is diverted into irrigation systems. It is pumped from wells and travels in plastic bottles. It makes up our bodies and shapes our institutions. However, a search of the Cultural Anthropology backfiles reveals that, until recently, anthropologists seem to have largely taken water for granted. Perhaps its apparent ubiquity and uniformity once made water seem too banal for a field concerned with cultural difference. But the past fifteebn years have seen a rising interest in water, both generally and within cultural anthropology. Water has emerged as a critical matter of concern for—and often point of tension between—policymakers, corporations, resource managers, and numerous user communities. At the same time, anthropologists and other social theorists have increasingly deployed watery metaphors of flows, fluidity, circulation, and so on to theorize the era of globalization. It is this conjuncture and its stakes that this Curated Collection engages.

The collection brings together five articles published in Cultural Anthropology between 1999 and 2009. The articles iwere selected because they approach water in diverse and provocative ways and because their authors have conducted water-related research and writing beyond these publications. Some of the articles do not even  focus on water; it flows between foreground and background, sometimes disappearing altogether. Thus, the collection highlights original supplemental content designed to bring water to the fore and draw the authors and their work into dialogue.  In new interviews conducted specifically for the virtual issue, I asked the authors to approach the anthropology of water from three angles: fieldwork, theory, and stakes.  They reflect on past research and larger projects, as well as water itself.  Collectively, these articles and interviews provide a window into the varied manner in which cultural anthropologists have engaged water in recent years and suggest exciting future directions.  The issue points to the unique theoretical and empirical contributions that anthropologists might make to the study of water and, in turn, how water as an object of anthropological inquiry might reorient the discipline.  Finally, we are delighted that Stefan Helmreich has agreed to write a commentary responding to the author interviews.  Helmreich gave a plenary lecture at the 2010 Society for Cultural Anthropology Annual Meeting entitled “Nature/Culture/Seawater,” in which he explored changing relationships between cultural anthropology and water.  The plenary lecture and his incisive comments bookend the materials collected here.

Aiyer, Ananthakrishnan. 2007. "The Allure of the Transnational: Notes on Some Aspects of the Political Economy of Water in India." Cultural Anthropology 22, no. 4: 640–658.

Photo by Joe Brusky, licensed under CC BY NC.