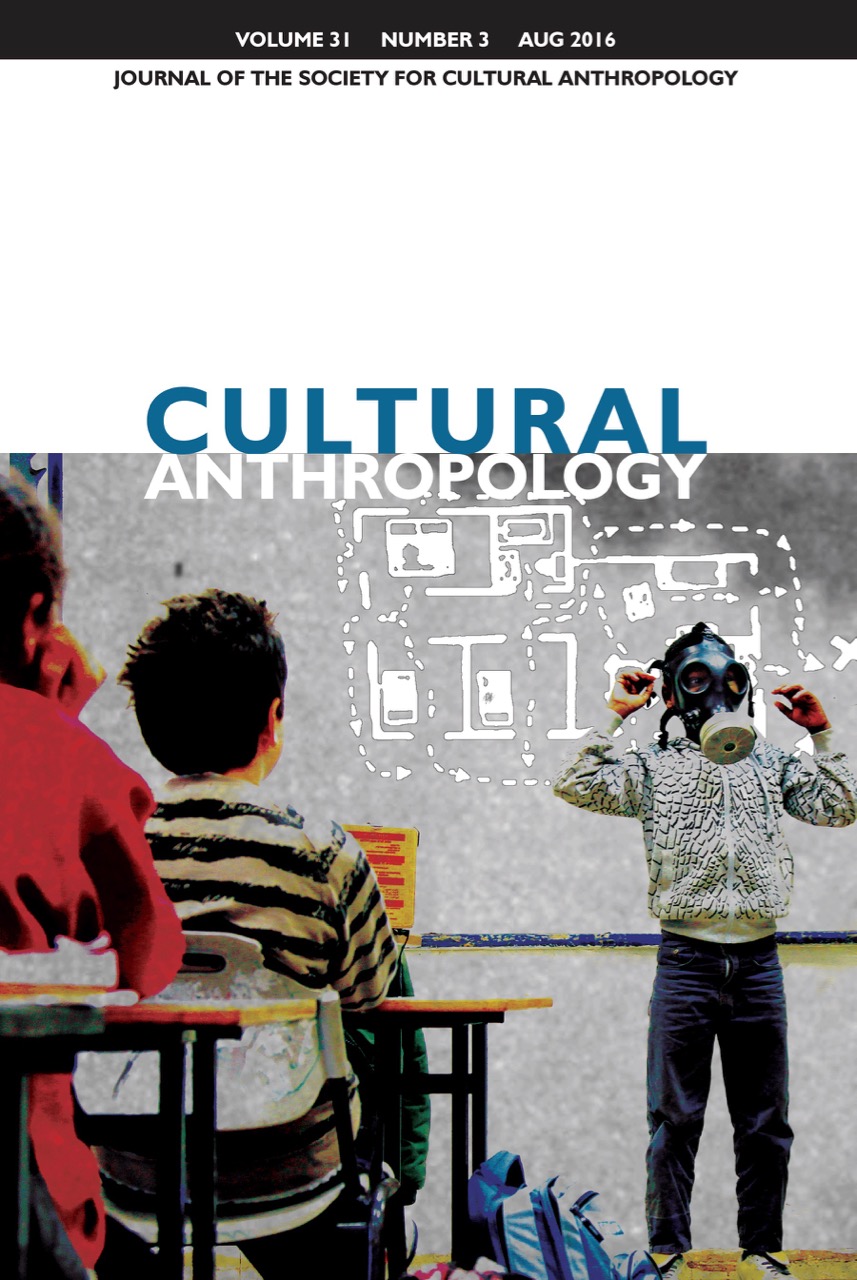 The August 2016 issue of Cultural Anthropology features the latest contribution to our Openings and Retrospectives section: “Theorizing Refusal,” edited by Carole McGranahan. In the introduction to this Openings collection, McGranahan explains why it is important for anthropologists to think past resistance and toward refusal in our contemporary world. She and her collaborators argue that we should take seriously the unwillingness to go further down a path, engaging, in Audra Simpson’s terms, with “the revenge of consent.” Simpson articulates refusal as a Kahnawà:ke theory of the political, one that holds on to truth in the face of the supposedly lawful theft of one’s land. She also discloses her own refusal to tell the story of their struggle as purveyor of thick description, making “the practice of ethnography itself a refusal in time with theirs.” In her article on the Tibetan refugee community’s refusal to seek citizenship in India and Nepal, McGranahan posits refusal as a “politics of hope,” a denial of refuge and a willful insistence that things must be other than they are, even at the cost of self-sacrifice. Elisa Sobo explores vaccine refusal, interpreting it as a matter of becoming and belonging, a set of practices that do not simply negate extant power structures but which are “generative, in and of themselves.” Finally, Erica Weiss considers those who refuse mandatory Israeli military service, highlighting the possibilities of abstention—a kind of “playing dead” in the state’s gaze—as an alternative to the “resistance trap” of open struggle against state power. Refusal, here as elsewhere in this Openings collection, is about no longer granting states and hegemons the prerogative to set the terms under which their authority will be contested.

We are also pleased to publish four original research articles on topics ranging from scenario exercises to digital mapping, humanitarian aid, and material disorder. Limor Samimian-Darash analyzes how Israel’s massive, serialized emergency-preparedness exercise, Turning Point, moves past risk-oriented planning to generating uncertainty as a form of action. Lisa Poggiali investigates the double binds of Kenya’s Silicon Savannah, drawing our attention to the dense entanglement of techno-utopian ideologies with the lifeworlds of Africa’s urban poor. Micah Trapp seats us at the table of humanitarian food aid in Ghana’s Buduburam refugee camp. Through a series of olfactory and gustatory encounters, Trapp demonstrates how Liberian refugees fashion biographies of taste—critical, consumptive practices of the palate—in response to the bare-life logics of humanitarian food relief. Finally, Katie Kilroy-Marac explores the work of Professional Organizers (POs), experts who seek to reorient how their clients relate to material possessions. Kilroy-Marac interprets their arts of “thingly care” as resonant with a vibrant-materialist perspective on the tendency of subjects and objects to intertwine, even as POs seek to correct their clients’ ostensibly irrational object relations.

This issue is dedicated to Daniel Grossberg, who was part of the production team that ushered Cultural Anthropology into the open-access era. Daniel passed away unexpectedly in late July, just as this issue was nearing completion. His technical acumen, his attention to detail, and his gracious demeanor will be sorely missed.

Refusal and the Gift of Citizenship

You-Will-Kill-Me-Beans: Taste and the Politics of Necessity in Humanitarian Aid

A Magical Reorientation of the Modern: Professional Organizers and Thingly Care in Contemporary North America