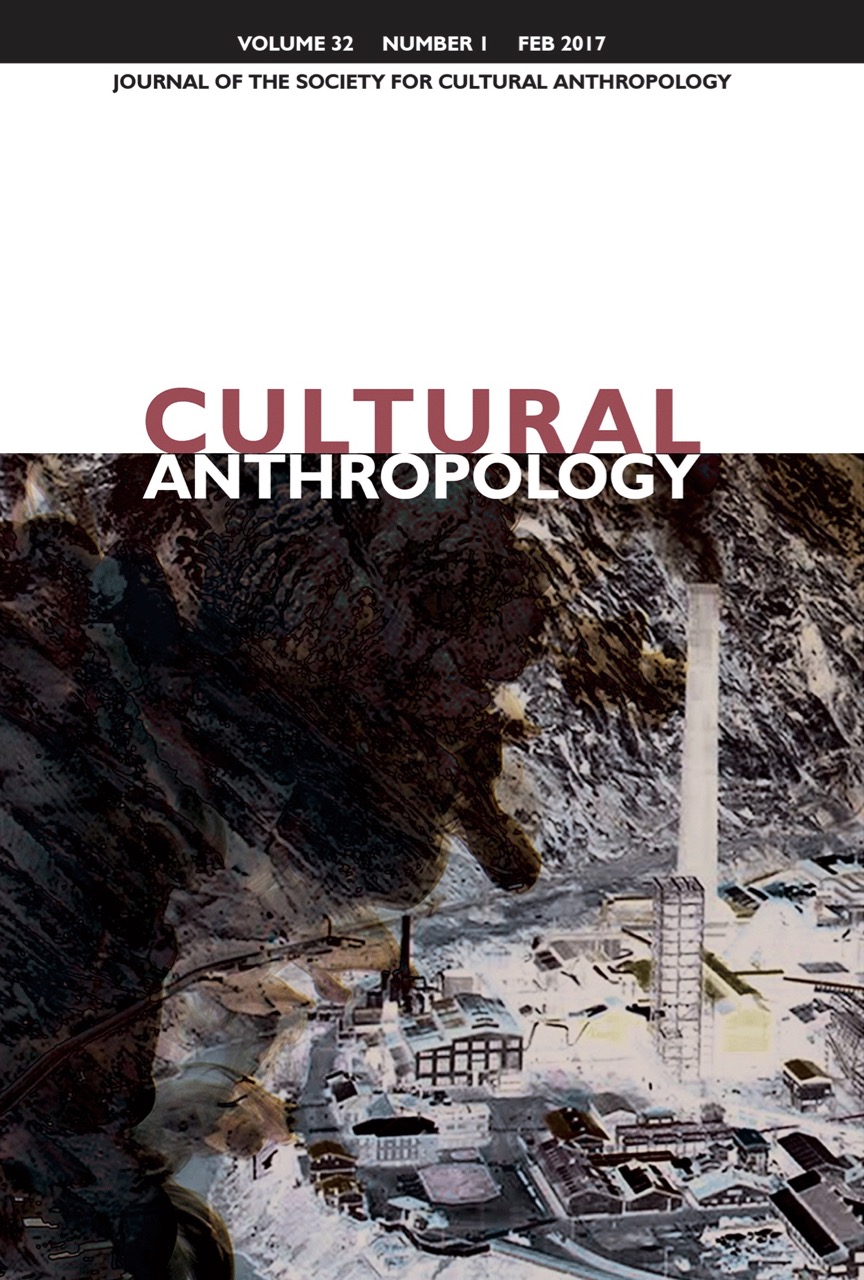 Our first issue of 2017 features a new contribution to the journal’s Openings and Retrospectives section: an Openings collection, “Speed,” edited by Vincent Duclos, Tomás Sánchez Criado, and Vinh-Kim Nguyen. In their introductory essay, the editors discuss how they hope to open anthropological practice to speed by offering a “a timely probe into machinic, productive, pressurizing, and largely intangible energetics that operate within, across, and beyond specific social configurations and forms of life.” Among the contributions to this Openings collection, Carlo Carduff offers a crash course in speed in the manner of early twentieth-century futurism. Duclos explores the articulation of digital speed, defined as intense exposure to and immersion in foreignness, with specific forms of life. Nguyen shows us how molecular epidemiology makes visible an ontology of speed in which viral sociality foreshadows human sociality. For his part, Ignacio Farías probes the cosmopolitical virtues of accelerating the slowing down of thought and action in the context of urban design.

We are also pleased to publish five original research articles in our February issue. Ilana Feldman investigates humanitarian responses to aging and dying in a Palestinian refugee camp. She argues that the contradictions involved in humanitarian care for dying contribute to conditions in which the political imagination is constrained and “the future appears lost.” In his article, Claudio Sopranzetti examines the discourse of freedom (‘itsaraphāp) among motorcycle taxi drivers in Bangkok as both an emancipatory and oppressive force. He suggests that the paradoxes of freedom help to explain how market-oriented relations are sustained. Bharat Jayram Venkat offers insight into the styles of ethical reasoning that exist between kin-based and medical commitments in southern India. He advances the concept of hierarchical subsumption to explain how doctors and counselors sought to make therapeutic resolve critical to the fulfillment of kin obligations. Stefanie Graeter explores how the Catholic Church came to engage with Peru’s extractivist history and produce toxicological science through the Mantaro Revive Project. She argues that the project engaged in a struggle over biolegitimacy, exposing forms of “sacrificed, unlegitimized life” in the hope of returning to an “ethos of abundance.” Finally, Nomi Stone introduces us to the world of Middle Eastern role-players working in the extended Iraq warscape to help U.S. soldiers understand the human terrain they will encounter on the front lines. She explores the affective complexities experienced by those who serve as human technology, epitomized by the uncanny laughscream that gives her article its title.

Inhabiting Media: An Anthropology of Life in Digital Speed

Viral Speed: Infrastructure, Connectivity, Ontogeny; or, Notes on the Molecular Epidemiology of Epidemics

An Idiotic Catalyst: Accelerating the Slowing Down of Thinking and Action

Humanitarian Care and the Ends of Life: The Politics of Aging and Dying in a Palestinian Refugee Camp

Framed by Freedom: Emancipation and Oppression in Post-Fordist Thailand

Living the Laughscream: Human Technology and Affective Maneuvers in the Iraq War