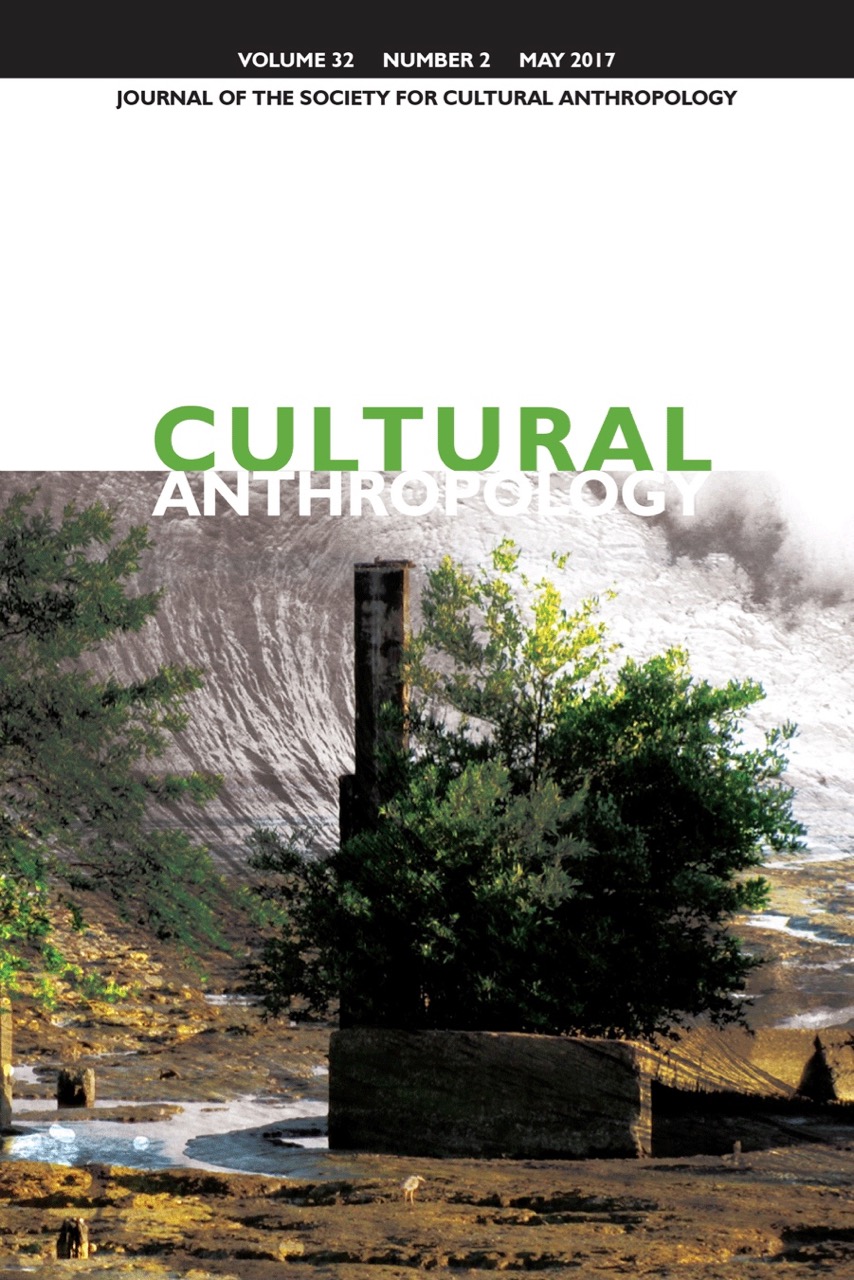 The May issue of Cultural Anthropology features the latest contribution to our Openings and Retrospectives section, a Retrospectives collection on “Affect,” edited by Daniel White. In his introductory essay, White reflects on how affect theory has inspired anthropological research over the past fifteen years through its attention to the intensities and forces that variously energize, contradict, and overwhelm the narratives through which we live. Catherine Lutz analyzes the rise of affect theory with a view to its precursors, arguing that anthropological studies of emotion yielded equally keen insight into relational personhood and the capillary politics of sociality. Kathleen Stewart muses that affect studies “helped propel anthropology out of the mental habit of describing its objects as if they were fixed,” inciting us to attend instead to how things move in and out of existence in states of emergence and precarity. William Mazzarella highlights the interfolding of the intimate and impersonal in affect theory and suggests the “affect/ethics impasse necessarily triggered by the existential predicament of mass-mediated subjectivity” as fertile ground for further anthropological inquiry. Closing out the collection, Yael Navaro invites us to seek out non-Western genealogies of affect, surfacing three cross-communitarian forms—the remnant, the serendipitous, and the transcendent—that have arisen out of her fieldwork in Turkey.

We are also delighted to publish four original research articles in our second issue of 2017. Jerry Zee explores how sand gives form to political time in China in the context of state antidesertification and sand-control programs. Working with scientists, engineers, and bureaucrats in northern China, Zee illuminates how practices of environmental management seek to discipline the movement of sand in order to maintain the integrity of state chronopolitics. Sarah Vaughn analyzes a different unstable place—the precarious mangroves of coastal Guyana—as a powerful reminder of the contingencies of expertise in the Anthropocene. Vaughn develops the concept of inverse performativity to capture how an unruly nonhuman world challenges experts in climate adaptation, forcing them to seek help and build new ecologies of expertise. Jorge Núñez examines the pathologization of financial trading as gambling disorder in the context of the Spanish financial crisis. Yet Núñez finds that the medicalization of trading applies to some persons and not others; his analysis develops a subtle reading of the class and gender politics central to this clinical economy. Finally, Hannah Appel questions what composes national economies, focusing on Equatorial Guinea, the country ranked by the International Monetary Fund as the country with the most investment in the world. Appel surfaces the state power and violence that often lies behind discourses of national economy, spotlighting how the occlusion of transnational corporate power forecloses, at least in part, political possibility.

In the World that Affect Proposed

Sense out of Sense: Notes on the Affect/Ethics Impasse

Disappearing Mangroves: The Epistemic Politics of Climate Adaptation in Guyana

A Clinical Economy of Speculation: Financial Trading and Gambling Disorder in Spain

Toward an Ethnography of the National Economy