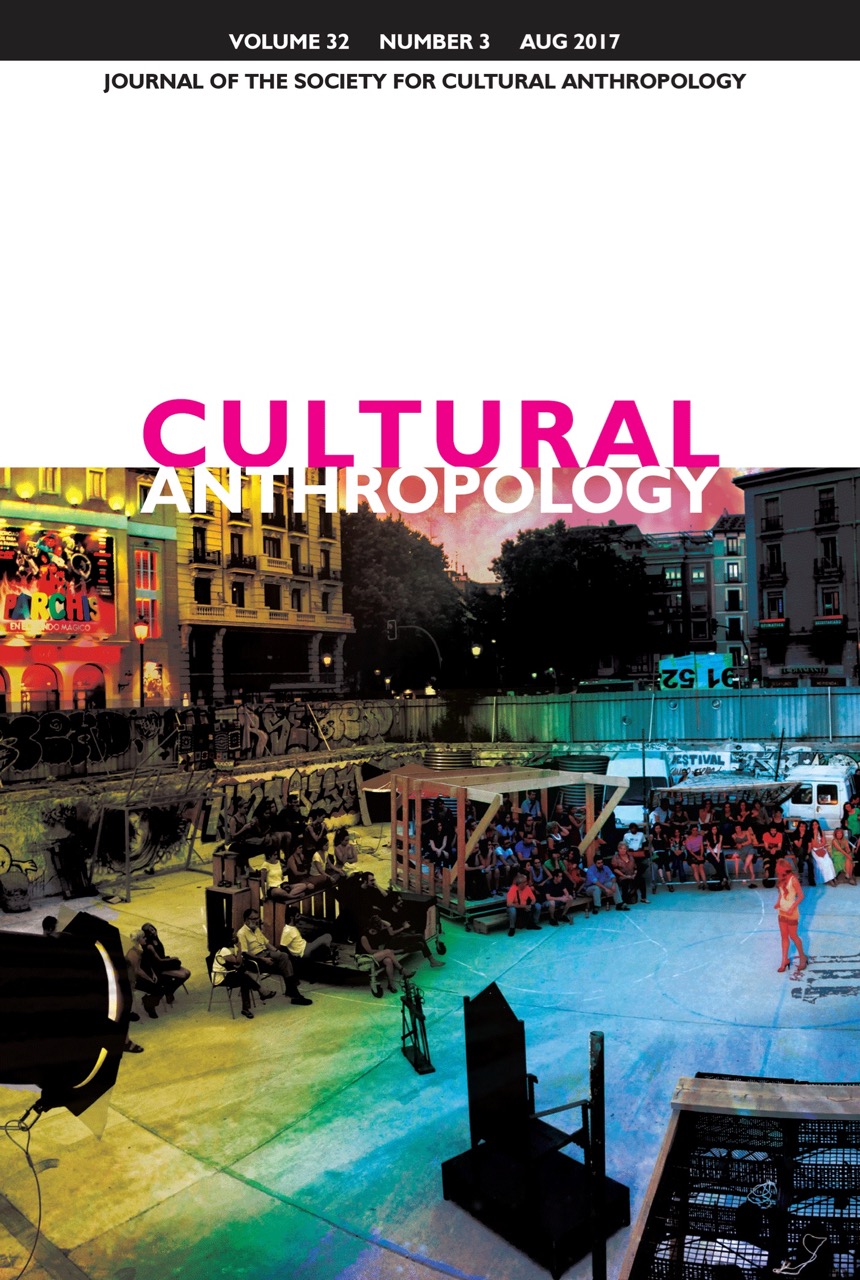 The August issue of Cultural Anthropology features a Retrospectives collection on “Sovereignty,” edited by J. Kēhaulani Kauanui. In her introduction, Kauanui reflects on how the concept of sovereignty has occupied a tentative and emergent role in anthropological work, tacking between distinct localizations and epistemological frames. Yarimar Bonilla underscores how sovereignty, as a sign of Western political thought, has been deeply implicated in historic and ongoing orders of empire. By juxtaposing discussions of sovereignty with those of settler colonialism, Circe Sturm explores how each have shaped indigenous political struggles and informed intellectual debates. Amahl Bishara considers the case of Palestine, which, she argues, both surfaces important variations on sovereignty and serves as the backdrop for the performance of popular sovereignties. For her part, Kamari Maxine Clarke extends an invitation to reconceptualize the social contract through “new bio-constitutional arrangements.”

We are pleased to be publishing four original research articles in our third issue of 2017. In “The Wild Indoors,” Ann H. Kelly and Javier Lezaun take us into settings of experimental engagement with mosquitoes, introducing us to what they term the room-spaces of interspecies encounter. In “Triggering Change,” Megan Raschig investigates how the rupturing events of police-involved homicides of people of color in the United States trigger generational and particular experiences of lethal exhaustion. Paolo Bocci, in “Tangles of Care,” analyzes the ethical and political complications resulting from a project to exterminate over two hundred thousand goats in order to save tortoises endemic to the Galápagos Islands from extinction. Finally, in “Auto-Construction Redux,” Alberto Corsín Jiménez immerses us in the work of guerrilla architectural and countercultural collectives in Madrid, arguing that their commitment to sharing resources and knowledge is also a way of thinking the city as method.

Our August issue includes an amendment to “Golden Snail Opera,” by Yen-Ling Tsai, Isabelle Carbonell, Joelle Chevrier, and Anna Lowenhaupt Tsing, which appeared in the November 2016 issue of the journal.

Reflections on the Anthropology of Sovereignty and Settler Colonialism: Lessons from Native North America

Tangles of Care: Killing Goats to Save Tortoises on the Galápagos Islands

Auto-Construction Redux: The City as Method