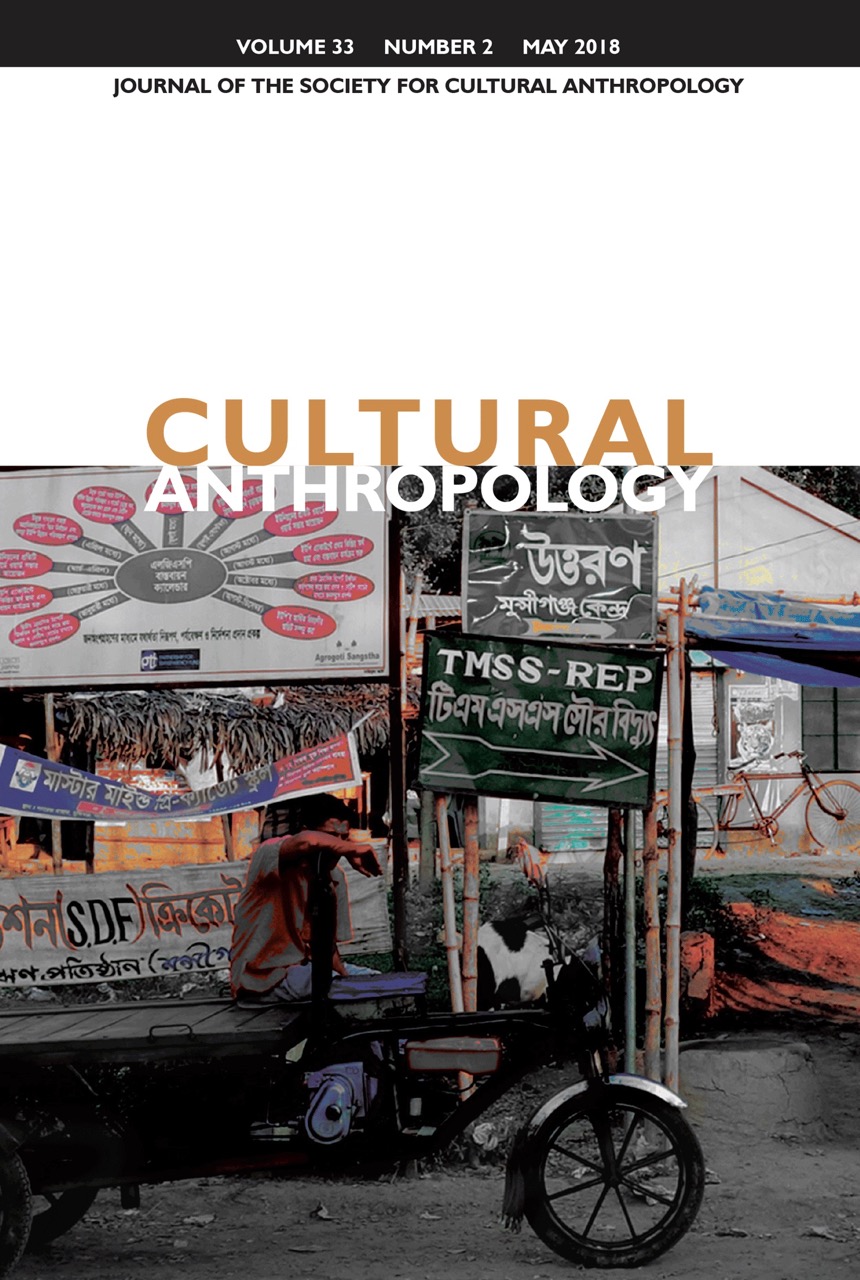 The May 2018 issue of Cultural Anthropology features a far-seeing addition to our Openings and Retrospectives section, “Indigenous Media Futures,” which sounds the creative and political potentials of indigenous media today. William Lempert explains that the collection is both opening and retrospective, reflecting on the rich history of anthropological scholarship on indigenous media while also tracing the trajectories of emerging forms like stop-motion animation and remix art. Daniel Fisher, Kristin Dowell, Kate Hennessy, Trudi Lynn Smith, Tarah Hogue, and Faye Ginsburg all lend their voices to the collection.

We are delighted to publish three other research articles. Jason Cons probes the emergence of climate security as a feature of global governance and how experimental ventures in places like Bangladesh often serve as representational technologies for an anxious Western world. Bettina Stoetzer connects nonhuman relations to questions of migration, race, and social justice in her essay; exploring the urban environment of Berlin and its many ruins, she makes the case for a ruderal analytic as a way of capturing the ecology of “unexpected neighbors in the city.” Finally, Laurie Denyer Willis discusses how repurposed waste becomes divine fragrance in urban Brazil, mapping a salvific sensorium capacious enough to include both the optimism of grace and the cruelties of race and poverty.

Untidy Times: Alexis Wright, Extinction, and the Politics of Apprehension

Generative Hope in the Postapocalyptic Present

Television is Not Radio: Theologies of Mediation in the Egyptian Islamic Revival

Staging Climate Security: Resilience and Heterodystopia in the Bangladesh Borderlands

“It smells like a thousand angels marching”: The Salvific Sensorium in Rio de Janeiro’s Western Subúrbios