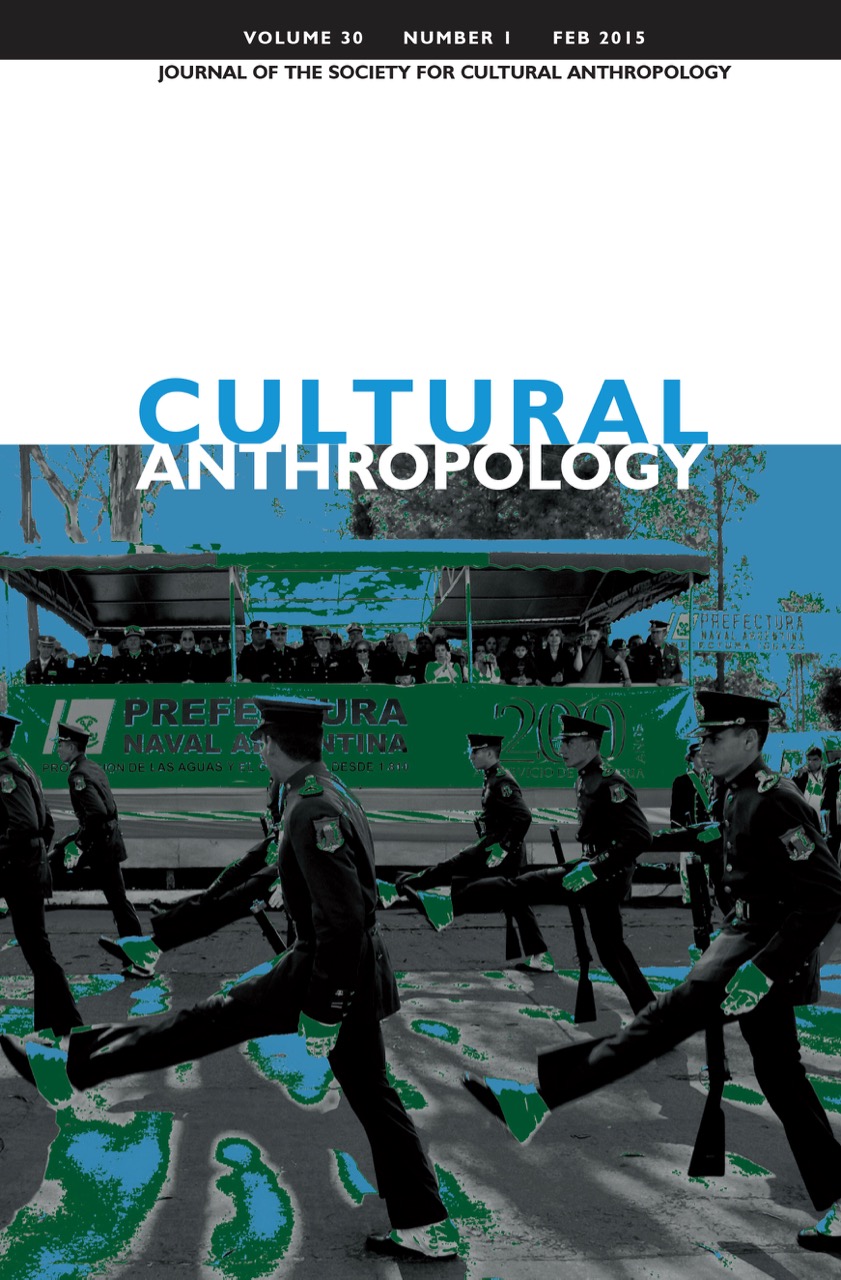 February 2015 marks the first issue produced by incoming editors, Dominic Boyer, James Faubion, and Cymene Howe, from Rice University. Their opening editorial outlines the philosophy and organizational practice of the editorial collective, discusses the challenges of maintaining sustainable, high-quality open-access publishing, and announces new features like Openings and Retrospectives and Sound and Vision that will be developed for the journal over the next four years.

The new editors have invited previous editors of the journal to reflect on the first thirty years of Cultural Anthropology and where it might go from here. The journal’s founding editor, George Marcus, gets the conversation started with a commentary on editorial curation and innovation.

Seven original articles appear in the February issue, including Lyle Fearnley on field influenza research in China, Larisa Jasarevic on speculative ontologies of mushrooms in Bosnia, Harris Solomon on the politics of processing street food in Mumbai, William Mazzarella on the mediation of North Korean crying crowds and the liberal imagination, Ieva Jusionyte on camouflage and performative statecraft in Argentina’s Triple Frontier, Daniel Fisher on remoteness and urbanity in the Aboriginal policy of Australia’s Northern Territory, and Anthony Stavrianakis on the impasses of anthropological collaborations with natural scientists.

Editors’ Introduction to 30.1: Circles Not Pyramids

Editorial Curation and the Durability of Anthropological Ideas In a Time of Ambient Innovation: A Comment on the Thirtieth Year of Cultural Anthropology

Wild Goose Chase: The Displacement of Influenza Research in the Fields of Poyang Lake, China

The Thing in a Jar: Mushrooms and Ontological Speculations in Post-Yugoslavia

"The Taste No Chef Can Give": Processing Street Food in Mumbai

Totalitarian Tears: Does the Crowd Really Mean It?

From Anthropologist to Actant (and back to Anthropology): Position, Impasse, and Observation in Sociotechnical Collaboration