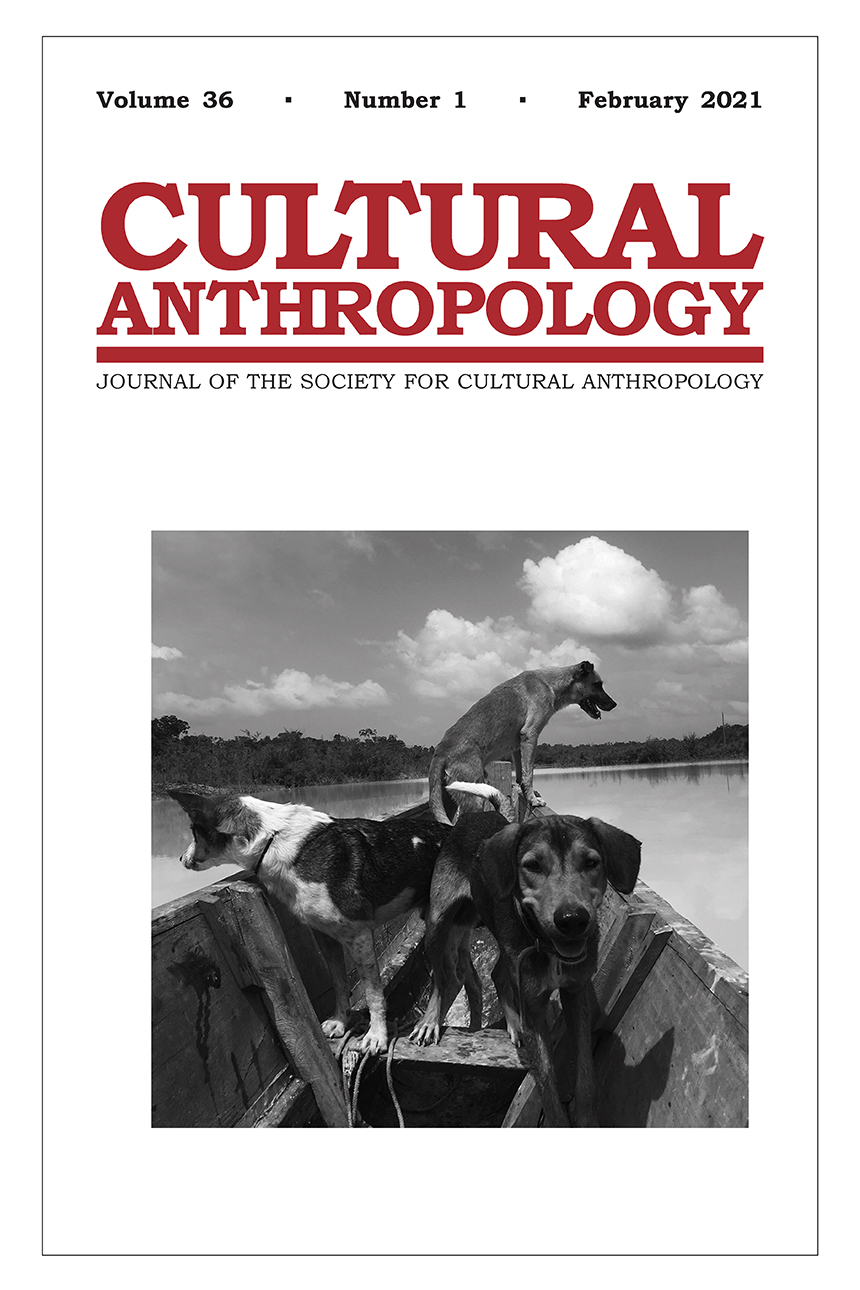 This issue, the first of 2021, features six original research essays on a diverse array of themes. Gustav Peebles uses the example of electronic payments in Sweden—particularly the Swish cell phone app that is a pervasive e-currency—to demonstrate how these raise much broader questions of sovereignty and citizenship. His contribution to the anthropology of banking and finance offers an intriguing assessment of the potential and limits of such novel forms of money. In her account of refugee management in Italy, Daniela Giudici examines both the precarious labor of asylum workers as well as the increasing xenophobia of the Italian state to describe a “post-compassion” order of practices. Her essay argues that this order characterizes the nation as victimized, compelling both asylum worker and refugee to demonstrate their “dutiful” participation in the system. Conflicts over sovereignty also emerge in Rebecca Bryant’s account of everyday life in Turkish Cyprus. Her paper examines how Turkish Cypriots enact the features of a state that they also understand as a “pseudo-state”—hence her productive assessment of these everyday gestures as performances in “drag.” Tina Harris offers an innovative perspective on the complex forces that are brought to bear in order to coordinate a global “modernity” in her exploration of the temporal registers of aviation. Through an ethnographic study of air traffic controllers, pilots, and operations staff in Nepal, Harris argues that geographic specificities have temporal implications—not only for the lags and delays that flights to Nepal often entail, but because of the distinctive “local” skills that Nepalese pilots bring to this quintessentially cosmopolitan activity. Kevin P. Donovan reads the historical evidence from a transnational black market in coffee—or magendo—along the Kenyan and Ugandan border through the lens of an anthropology of social reproduction. His discussion of the booming magendo economy in the mid-1970s shows the profound effects that financial arbitrage had on ritual economies, as well as the moral authority of senior men, in the region as well as the Kenyan state. Finally, Stuart Earle Strange offers a distinctive contribution to perspectival approaches in the Caribbean by considering mourning in Ndyuka Maroon communities. Strange’s discussion of the relational expansiveness of Ndyuka understandings of animals and other beings allows him to explore the implications of anthropogenic environmental change.

Sovereignty in Drag: On Fakes, Foreclosure, and Unbecoming States

Magendo: Arbitrage and Ambiguity on an East African Frontier

Vengeful Animals, Involuntary Mourning, and the Ethics of Ndyuka Autonomy

Erratum for “Walk This Way”