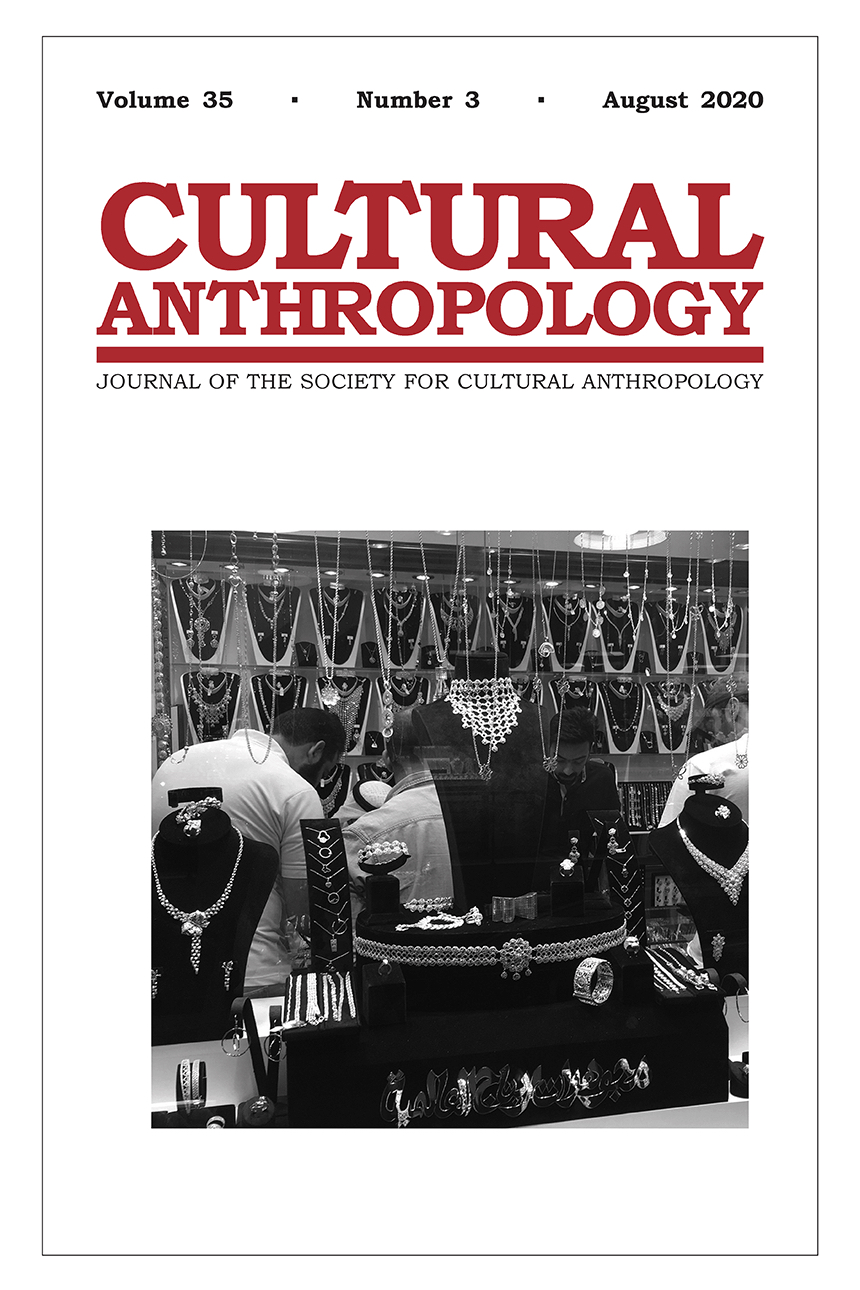 Our third issue of 2020 finds us in the midst of a global pandemic. The lives of our authors, our readers, our collaborators, our students, and our families have all been touched. At the same time, here in the United States, outrage at anti-Black violence has fueled uprisings, focused political action, and mobilized anti-democratic policing by the state. The globalized, neoliberal economy falters as populist movements edge toward fascism, and authoritarian regimes seize the opportunity to impose even more brutal and repressive practices on their citizens. It is a moment that feels both exceptional and like every other moment of the modern era. It is also a moment that demands our response: as human beings, as citizens, and as anthropologists. As editors, we renew our commitment to accountability, to working toward a more ethical, decolonized, and counterhegemonic discipline. It is, however, the work of the authors published here that creates and instantiates these possibilities.

Our research articles begin with Jonah S. Rubin’s critical ethnography of the forensic exhumation of the remains of those killed in the Spanish Civil War. Rubin argues that the primary work done by their analysis is not the recovery of historical information that was otherwise obscured by the Franco regime. Rather it is the rediscovery of their personhood and their reincorporation in contemporary political practices that hold out the possibility of a more democratic society. Sareeta Amrute explores the subversion of democracy in her ethnography of white supremacy, Asian immigrant communities, and the tech industry in the Pacific Northwest. Challenging Jacques Rancière’s distribution of the sensible, she argues that the category of the sensate captures experience that falls below the level of acknowledgment and transformative practice. Here, immigrant workers are subjected to hate incidents, and quotidian practices are reshaped, but real dissensus never emerges. Matthew Wilhelm-Solomon considers the possibilities of everyday life in urban Johannesburg for black Africans who cannot afford adequate housing and are excluded from other forms of social support. While state bureaucracies defer action on their illegal occupation of buildings in the city center, the men and women who live there take advantage of this duration to make use of the spaces available to them. What emerges are lives lived in exhaustion and endurance, moments of refuge tempered by the knowledge of their impermanence. The exchange of gold stands at the center of Andrea Wright’s ethnography of Indian labor migration to the United Arab Emirates. In her richly observed work, she demonstrates that kinship practices are as important to migration decisions as are economic concerns. Circulating through the processes of migration, remittance, and gifting, gold becomes a kinship substance, creating notions of both masculinity and femininity in the context of relationships within the family. Finally, Amiel Bize explores the category of the remainder. In the actions of Kenyan long-haul truckers who trade in surplus fuel, she challenges the conventional distinction between the licit and the illicit. Inspired by the practice of gleaning, she develops an argument about the ethical and economic claims to a surplus that has been neglected by both liberal economic theory and anthropological concern with the tactics of resistance.

The photo on the cover of this issue is by Andrea Wright.

Exhuming Dead Persons: Forensic Science and the Making of Post-fascist Publics in Spain

The City Otherwise: The Deferred Emergency of Occupation in Inner-City Johannesburg

Making Kin from Gold: Dowry, Gender, and Indian Labor Migration to the Gulf

The Right to the Remainder: Gleaning in the Fuel Economies of East Africa’s Northern Corridor